Home | Cancellations & Renewals | 90 Day Fiance: The Other Way Renewed For Season 3 By TLC! 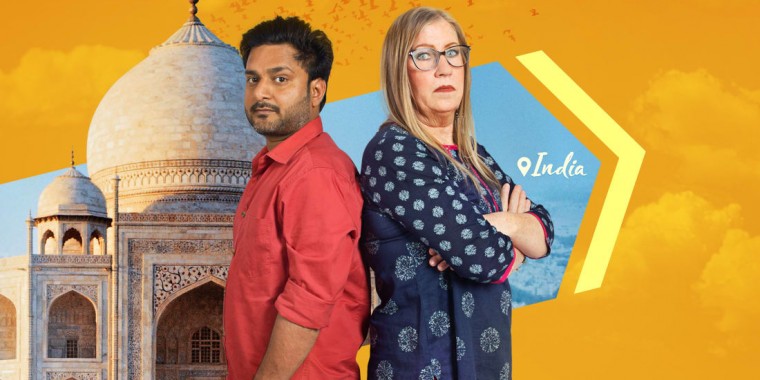 TLC’S “90 DAY FIANCÉ: THE OTHER WAY” RETURNS! MEET THE COUPLES FEATURED IN AN ALL-NEW SEASON

About 90 Day Fiance: The Other Way TV Show

A new season of the hit series 90 DAY FIANCÉ': THE OTHER WAY returns to wrap up the summer with a blast of romance and drama. Meet the two new couples taking the plunge for love, and catch up with four returning pairs fighting to make things work abroad:

Steven, a devout Mormon from Utah, is giving up his life in America to be with Alina, a beautiful Russian woman he met a year ago on a language app. When the Russian border closes because of the coronavirus pandemic, Steven and Alina come up with a backup plan to meet up and marry in Turkey instead. Once there, secrets of Steven's past and Alina's suspicions of infidelity begin to threaten their future together, and Alina questions if she truly knows the man she's about to marry.

After falling for Victor while on a trip to South America, the lovestruck couple continued their long-distance relationship for two years. Victor lives on a small Colombian island called Providencia, and Ellie has decided it's time to leave her successful restaurant business and city life in the U.S. for small-town, island living on their little slice of paradise. As she prepares to move, the couple's issues with trust, cheating and financial concerns are dwarfed when category five hurricane Iota passes over the island of Providencia, leaving behind unimaginable destruction. Ellie loses communication with Victor the night before the storm, and after days of silence, she travels to the island, distraught and desperate to locate him.

Now that Kenny has moved to Mexico and proposed to Armando, they are ready to dive into planning their beautiful wedding. Armando wants to spare no expense, but Kenny is nervous about how much this wedding is going to cost. One thing they agree on, however, is their concern over whether Armando's family will support them as a gay couple and attend their wedding. First, Armando must open up to his father about his engagement to Kenny. Meanwhile, Kenny and Armando begin to plan long-term. As Kenny grapples with the guilt of missing his children in Florida, Armando brings up the topic of giving Hannah a younger sibling. This opens up a complicated debate over whether they both agree on expanding their family, when and how, via adoption or surrogacy.

After moving to India and back several times in the wake of extreme relationship challenges, Jenny is now a year into living in India and is losing hope over whether she will ever get to marry Sumit. Her visa has been extended due to the pandemic, but knowing that can't last forever leads the couple to consider how else Jenny might be able to stay in the country. Ultimately, however, Sumit continues to push for his parents' approval to marry, and a surprising solution is presented: Sumit's mother offers to move in with them in order to train Jenny to become more of a traditional Indian daughter-in-law.

Eight months after the birth of their son, Avi, Ari and Bini are still living together in Ethiopia. Their baby bliss is quickly interrupted when Ari shares the news that Leandro, her ex-husband of ten years, has decided to come visit. With their relationship already on shaky ground, Biniyam is convinced that Leandro is only visiting to try and win Ariela back. Then, during a routine pediatrician appointment, Ari and Bini learn that Avi needs hernia surgery. Ari decides that taking Avi to the U.S. to receive medical care is the best option, despite Bini begging her not to go for fear of her never returning, just as his first wife did with their young child. As their disagreements get more and more heated, Ari gives Bini a final ultimatum to save their relationship.

With the coronavirus lockdown in Ecuador lifted, Corey and Evelin can finally start planning their wedding. However, things between the couple are extremely rocky after Corey admitted that he almost hooked up with another woman in Peru while he and Evelin were on a break. The truth about this other woman is much more involved than Corey lets on, but he's not the only one keeping secrets. As Evelin's family urges her to reconsider marrying Corey, she drops a huge bombshell.

How do you feel about this latest 90 Day Fiance: The Other Way news? Share your thoughts with us in the comments below and don’t forget to stay tuned for all the renew/cancel 2021-2022 and beyond news!