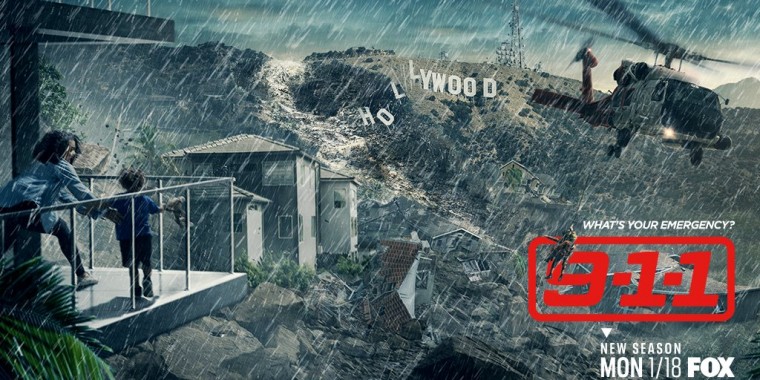 Creators Ryan Murphy, Brad Falchuk and Tim Minear reimagine the procedural drama with 9-1-1, exploring the high-pressure experiences of police officers, firefighters and dispatchers who are thrust into the most frightening, shocking and heart-stopping situations. These emergency responders must try to balance saving those who are at their most vulnerable with solving the problems in their own lives. For the past two years, the Critics Choice Association (CCA) has nominated 9-1-1 for Best Action Series at the Critics Choice Super Awards. For her role as "Athena Grant" in the drama, series star Angela Bassett won the 2021 award for Best Actress in an Action Series at the inaugural Critics Choice Super Awards, and was nominated again this past January. Likewise in 2021 and 2022, Bassett received nominations for the NAACP Image Award for Outstanding Actress in A Drama Series, having won the award in 2020. 9-1-1 is produced by 20th Television in association with Ryan Murphy Television and Brad Falchuk Teley-Vision. Ryan Murphy, Brad Falchuk and Tim Minear are creators, executive producers and writers on the series. Bradley Buecker is an executive producer and director on the series. Alexis Martin Woodall, Angela Bassett, Peter Krause, John J. Gray, Kristen Reidel and Juan Carlos Coto also serve as executive producers.

How do you feel about this latest 9-1-1 news? Share your thoughts with us in the comments below and don’t forget to stay tuned for all the renew/cancel 2021-2022 and beyond news!