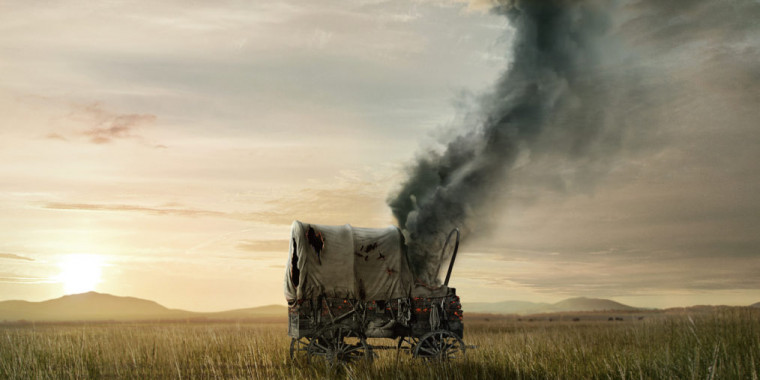 PARAMOUNT+ ORDERS MORE OF TAYLOR SHERIDAN'S "1883" AND ANNOUNCES PLANS FOR THE NEXT CHAPTER, "1932"

Next Chapter, "1932," Will Follow a New Generation of the Dutton Family In a New Series

"The incredible storytelling and stellar performances behind 1883 have fueled phenomenal new records for Paramount+," said Tanya Giles, chief programming officer, ViacomCBS Streaming. "Promoting the series through linear sampling on the Paramount Network during their latest record-breaking season of 'Yellowstone' further enabled us to introduce Sheridan's loyal audience to this fantastic new series. We look forward to bringing fans even more of the Duttons' origin story." "While most shows franchise near the end of their run, we seized the opportunity to franchise in real time, to drive record growth for both streaming and linear properties, proving the power of ViacomCBS' differentiated model," said Chris McCarthy, president and CEO of ViacomCBS Media Networks and MTV Entertainment Studios. "With the brilliant mind and gifted storytelling of Taylor Sheridan, we have created an entirely new world to explore with 1883 while expanding 'Yellowstone,' and with 1932 we will open up a new chapter in this rapidly growing universe." "Taylor Sheridan has put roots down for the Dutton Family tree that stand strong and tall, with many branches that continue to engage record-breaking audiences," said executive producer David C. Glasser. "It is awe-inspiring to work with Taylor, ViacomCBS and the entire team on this universe." Created by Academy Award(R) Nominee Taylor Sheridan, 1883 is the highly anticipated prequel to the SAG(R), PGA(R) and Emmy(R) nominated series "Yellowstone" and stars Academy Award(R) nominee Sam Elliott, Grammy Award(R) winner Tim McGraw, Grammy Award(R) winner Faith Hill, Academy Award(R) winner Billy Bob Thornton, Isabel May, LaMonica Garrett, Marc Rissmann, Audie Rick, Eric Nelsen and James Landry Hébert. 1883 follows the Dutton family as they embark on a journey west through the Great Plains toward the last bastion of untamed America. It is a stark retelling of Western expansion, and an intense study of one family fleeing poverty to seek a better future in America's promised land - Montana. 1883 is executive produced by Sheridan, John Linson, Art Linson, David Glasser, Ron Burkle and Bob Yari.

1883, a Yellowstone origin story, follows the Dutton family as they embark on a journey west through the Great Plains toward the last bastion of untamed America. From Academy Award nominee Taylor Sheridan, co-creator of Yellowstone, 1883 is a stark retelling of Western expansion, and an intense study of one family fleeing poverty to seek a better future in America’s promised land — Montana.

How do you feel about this latest 1883 news? Share your thoughts with us in the comments below and don’t forget to stay tuned for all the renew/cancel 2021-2022 and beyond news!