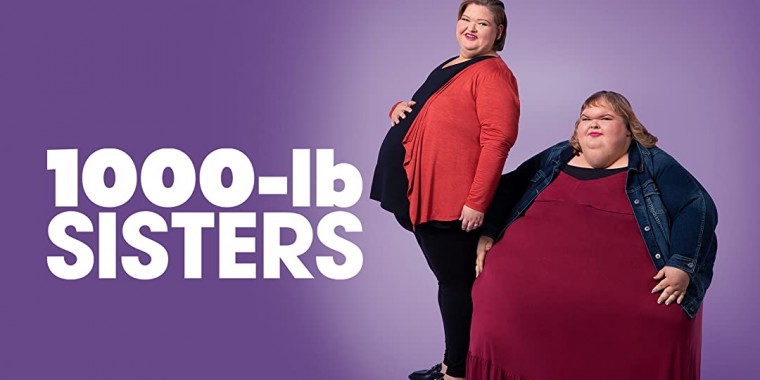 With her weight spiraling, Tammy makes the game-changing decision to check herself into rehab for food addiction, but her stay there may be short-lived as she considers the best way to reach her goals. She also appears to be talking to a new love interest, which is cause for concern for her family, as relationships have hindered Tammy's progress in the past. Amy is dealing with her own stress, and while her dreams came true when she became a mom to son Gage, balancing the demands of motherhood with her own weight-loss goals may prove to be impossible. Meanwhile, the sisters' brother Chris had reached the goal Dr. Smith set for him to be eligible for bariatric surgery but after a setback following a procedure to remove a boil from his leg, he fears he has blown his chances for life-saving surgery. Facing another check-up with their doctor, Tammy and Chris must both face the music and see whether their progress qualifies them for weight-loss surgery.

- #1 Cable Program in its Time Period Among Key Women Demos -

(Los Angeles, CA) - The sophomore season of TLC's 1,000-LB SISTERS was #1 in its time period among W25-54/18-49/18-34. The series, which concluded its second season on March 8, averaged a 1.28 rating with W25-54 and averaged 1.5M P2+ viewers. In this emotional season, Amy and Tammy Slaton, two spunky sisters from Kentucky who share their weight struggles and larger-than-life personalities, continued their weight loss journeys alongside their brother Chris. Viewers also watched Amy and her husband Michael's dreams come true when they found out they were expecting. In the season finale, Amy gave birth to a baby boy named Gage.

"Tammy and Amy Slaton have captivated us with their fun-loving personalities, heartfelt challenges and uplifting victories," said Alon Orstein, SVP, Production and Development, TLC. "We admire their genuine, evolving journeys and we are rooting for them as they pursue paths toward healthier lifestyles."

This season of 1,000-LB SISTERS grew significantly and found its core audience. Season two was up double-digits vs. its freshman season among P/W25-54 ratings and P2+ delivery. Not only did viewers take to it on linear, an explosion of fans took to it on social with the series averaging 15M interactions each week. TLC'S TikTok "My Bills Are Paid!" clip featuring Tammy and Amy saw over 65M views, and to kick off the second season, 8.7M people checked out the season preview on TLC's Facebook page. On YouTube, 1,000-LB SISTERS has 23M total VVs. Thirteen of these videos, featuring moments from the show, have over 1M VVs each, led by "Tammy Gained 50lbs in 30 Days!" with 2.8M VVs.

Both seasons of 1,000-LB SISTERS are currently available on discovery+, the definitive non-fiction, real-life subscription streaming service and can be accessed any time on any day. Join the conversation on social media by using the hashtag #1000lbSisters.

1,000-LB SISTERS is produced by Crazy Legs Productions for TLC.

How do you feel about this latest 1000-LB Sisters news? Share your thoughts with us in the comments below and don’t forget to stay tuned for all the renew/cancel 2021-2022 and beyond news!