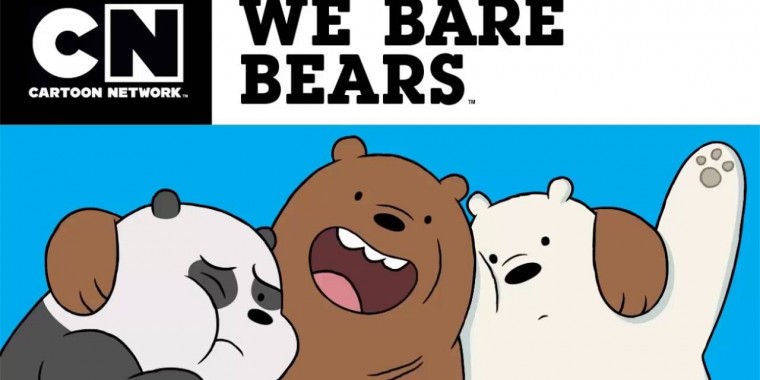 “We hope that by accelerating the release of this wonderful, feel-good family TV movie, we can bring a little joy into homes sooner than originally planned,” Rob Sorcher, chief content officer, Cartoon Network

In “We Bare Bears The Movie,” when the bears’ love of food trucks and viral videos gets out of hand, it catches the attention of the menacing Agent Trout from the National Wildlife Control, who pledges to restore the “natural order” by separating them forever. Chased from their home, Grizz decides there’s only one thing they can do to find refuge – move to Canada! The Bears embark on an epic road trip filled with new friends, dangerous obstacles, and massive parties. But most importantly, the perilous journey will force the Bears to face how they first met and became brothers, in order to keep their family bond from splitting apart.

Distributed by Warner Bros. Home Entertainment (WBHE), the movie will be available for purchase in the U.S. and Canada on participating platforms including iTunes, Google Play and Amazon, for $14.99.

Since its debut in 2015, the Emmy-nominated “We Bare Bears” has earned numerous awards including a BAFTA Children’s Award, a Jury Award for Best TV Series at the Annecy International Animated Film Festival and several Annie Awards. Fans around the world, most notably in the APAC region, have embraced the show for its portrayal of Asian pop culture. Just last year, the episode entitled “Panda’s Birthday” featured the global sensation K-pop band, Monsta X.

About We Bare Bears TV Show

Cartoon Network is expanding the storytelling for its global hit and Emmy-nominated series, We Bare Bears with a new TV movie and spinoff series. Created by two-time Annie Award-winner Daniel Chong, We Bare Bears The Movie, is in production and a spinoff focused on the popular baby bear characters is in development at Cartoon Network Studios. Chong is attached as executive producer on both projects.

In We Bare Bears The Movie, fans will learn that best bros Grizz, Panda and Ice Bear have always had each other’s backs. When their love of food trucks and internet fame leads to unexpected mayhem, they must go on a wild, hilarious and dangerous adventure to escape a foe that threatens to tear them apart. The movie is slated to premiere June 8, 2020.

The baby bears have amassed a large international fan base after appearing in several episodes of We Bare Bears and the untitled spinoff series will explore fresh and fun stories with the show’s most beloved characters.

We Bare Bears premiered in 2015 and, since its debut, has earned numerous awards including a BAFTA Children’s Award, a Jury Award for Best TV Series at the Annecy International Animated Film Festival and several Annie Awards. Fans around the world, most notably in the APAC region, have embraced the show for its portrayal of Asian pop culture. The series follows three endearing bear siblings who are also best friends: Grizz (voiced by Eric Edelstein), Panda (voiced by Bobby Moynihan), and Ice Bear (voiced by Demetri Martin) who lean on one each another while trying to fit in and turn ordinary situations into laugh-out-loud funny moments.

How do you feel about this latest We Bare Bears news? Share your thoughts with us in the comments below and don’t forget to stay tuned for all the renew/cancel 2021-2022 and beyond news!