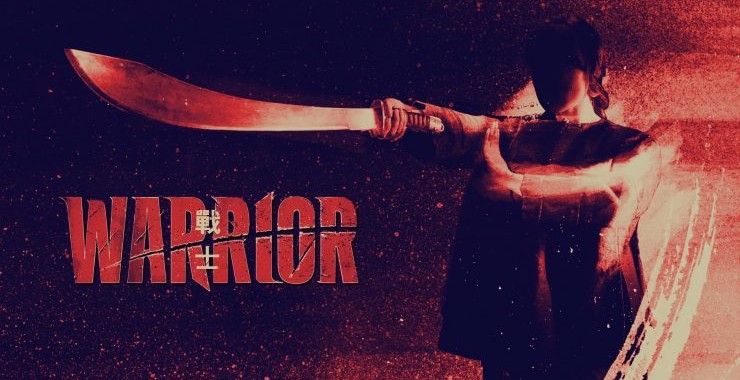 The drama series WARRIOR will come to HBO Max for its third season, it was announced today by Casey Bloys, Chief Content Officer, HBO and HBO Max.

Logline: A gritty, action-packed crime drama set during the brutal Tong Wars of San Francisco’s Chinatown in the late 19th century, and based on the writings of martial arts legend Bruce Lee, the first two seasons, which premiered on Cinemax, are now streaming on HBO Max via HBO platforms.
WARRIOR was created by and is executive produced by Jonathan Tropper (“Banshee”) under Tropper Ink Productions, executive produced by Justin Lin (director of “Star Trek Beyond” and “Fast & Furious 9”) for Perfect Storm Entertainment, and executive produced by Shannon Lee for Bruce Lee Entertainment.

Casey Bloys, Chief Content Officer, HBO and HBO Max quote: “’WARRIOR’ introduced viewers to a distinct world from the past, executed with dynamic action and relevant storytelling, with a brilliant cast led by Andrew Koji. We can’t wait to see what Jonathan, Justin and Shannon will bring to the next chapter of this series on HBO Max.”

Shannon Lee, Executive Producer, Bruce Lee Entertainment quote: “Justin, Jonathan, and I were thrilled when Warrior was put on HBO platforms to be discovered by a whole new legion of fans. Now we are excited and grateful for the opportunity to do another season, and we applaud HBO Max for understanding the importance of telling this story and for continuing to support this level of representation in our industry. I just know that my father is grinning right now to see this show he dreamed of so long ago continuing to beat the odds. We have every intention of delivering the same high level of meaningful storytelling and Gung Fu action in season 3!”

The series returned for its ten-episode second season October 2, 2020 on Cinemax. Hailed as “the most underrated action series of the century” by Inverse, Vanity Fair called it a “handsome, adrenalized ride” that “breathes vivid life into aspects of America’s past,” and The Ringer highlighted it as a “supremely kick-ass” series with “impressively choreographed fight sequences.”

How do you feel about this latest Warrior news? Share your thoughts with us in the comments below and don’t forget to stay tuned for all the renew/cancel 2021-2022 and beyond news!