Home | Cancellations & Renewals | The Real World Homecoming Renewed For Seasons 2 & 3 By Paramount Plus! 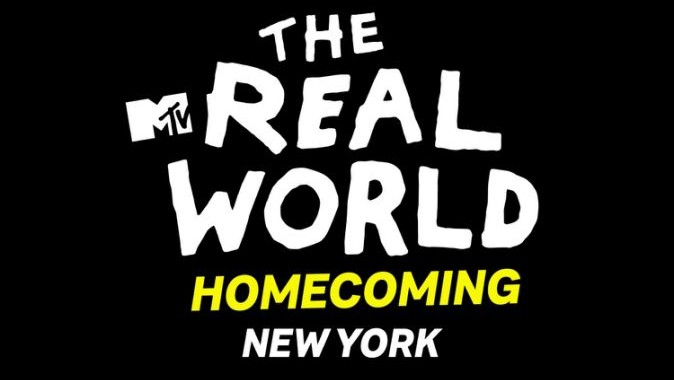 · THE REAL WORLD HOMECOMING: NEW ORLEANS - The third installment of the hit original unscripted series, THE REAL WORLD HOMECOMING will reunite original New Orleans cast members David "Tokyo" Broom, Melissa Howard, Jamie Murray, Danny Roberts, Matt Smith, Julie Stoffer and Kelley Wolf in "The Big Easy." The roommates are moving back in for a dramatic, nostalgic, heartfelt reunion where they'll get a second chance to stop being polite and start getting real. Premiere date to be announced. In addition, the original season of "The Real World: New Orleans" will be available to stream on Paramount+ beginning in April.

The Iconic Cast of "The Real World: Los Angeles" Tapped to Reunite Later This Fall

After spending decades apart, the roommates will reconnect to find out how the series transformed their lives since the cameras stopped rolling, and they'll discover, once again, what happens when people stop being polite... and start getting real.

Ever since MTV's THE REAL WORLD was created in 1992 by Jonathan Murray and the late Mary-Ellis of Bunim/Murray Productions, it has been widely credited with launching reality TV. MTV Entertainment Studios has dominated the genre and continues to grow its unscripted library on Paramount+, which serves as the home for such hits as RUPAUL'S DRAG RACE ALL STARS, THE CHALLENGE: ALL STARS, BEHIND THE MUSIC, and RUPAUL'S ALL STARS: UNTUCKED.

In addition to its original unscripted series, including THE REAL WORLD HOMECOMING: NEW YORK, THE CHALLENGE: ALL STARS, RUPAUL'S DRAG RACE ALL STARS and RUPAUL'S DRAG RACE ALL STARS: UNTUCKED, Paramount+ also provides a vast library of ViacomCBS' unscripted programming, including fan favorites such as LOVE & HIP HOP, LOVE ISLAND, THE AMAZING RACE, SURVIVOR, THE CHALLENGE, BIG BROTHER, JERSEY SHORE and many more.

How do you feel about this latest The Real World Homecoming: New York news? Share your thoughts with us in the comments below and don’t forget to stay tuned for all the renew/cancel 2021-2022 and beyond news!