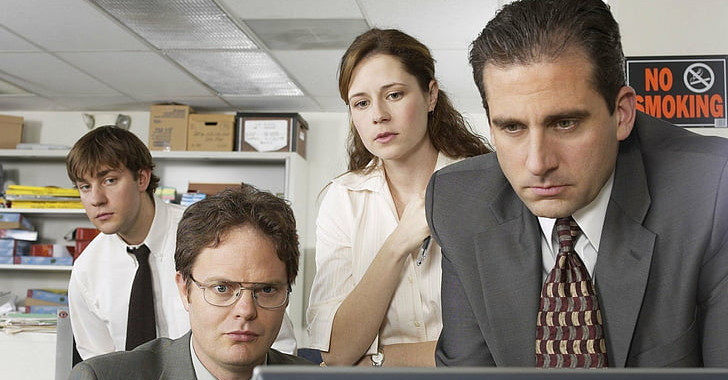 Freeform Rings in 2022 With Marathons of the 30 Best Episodes and Cast Favorites Over New Year’s Weekend, Saturday Jan. 1, through Sunday, Jan. 2

Freeform announced today that it has licensed all nine seasons of “The Office” from NBCUniversal Global Distribution and will begin airing the series beginning on Jan 1, 2022. To celebrate this new addition, Freeform will air two marathons over New Year’s weekend, starting with a countdown of the 30 Best Episodes, as determined by fans and multiple publications, on Saturday, Jan 1, from 1 p.m.-12 a.m EST/PST. On Sunday, Jan. 2, Freeform will air a second marathon of episodes showcasing cast favorites, based on interviews with the cast of “The Office,” from 1 p.m.-11 p.m EST/PST. In celebration of the news, “The Office” star Melora Hardin recorded a video announcement as well; watch it here.

The addition of the beloved show also signals a change in Freeform’s weekday program lineup. “The Office” will air Monday-Thursday (6:00 p.m. – 11:00 p.m. EST/PST). The network will continue airing its originals throughout the week, as well as episodes of “Family Guy” on Fridays and movies now airing exclusively on weekends. This updated program schedule reflects Freeform’s shift toward more irreverent, adult comedy and content while still providing family favorites on the weekends.

“The Office” is a comedy masterpiece that satirizes everyday office life,” said Chuck Saftler, head of Business Operations for ABC, Freeform, FX Networks and Acquisitions in Disney Media & Entertainment Distribution’s Networks division. “I can’t think of a better way for Freeform to ring in 2022 when so many people are preparing to head back to their workplace offices. It’s a perfect primer and further positions Freeform as a go-to destination for bold, irreverent programming.”

“The Office” is an American sitcom adapted from the British series of the same name, created by Ricky Gervais. The mockumentary-style workplace comedy follows the lives of employees at Dunder-Mifflin, a paper company in Scranton, Pennsylvania, and the ensemble cast is led by Steve Carell, Rainn Wilson, John Krasinski, Jenna Fischer, B.J. Novak and Ed Helms. The show is produced by Universal Television, a division of Universal Studio Group, in association with Deedle-Dee Productions and Reveille Productions.

The series was nominated for and won multiple awards over its nine seasons, including six consecutive nominations for the Primetime Emmy(R) Award for Outstanding Comedy Series, winning for its second season. The show was also nominated for three Golden Globe(R) Awards for Best Television Series – Musical or Comedy; five Producers Guild of America Awards for Best Episodic Comedy, winning once; four Television Critics Association Awards for Outstanding Achievement in Comedy, winning twice. “The Office” was named as one of the top television programs of 2006 and 2008 by the American Film Institute, and in 2007, the series was recognized with a Peabody Award.

About The Office TV Show

The Office is an American television sitcom that aired on NBC from March 24, 2005 to May 16, 2013, lasting nine seasons and 201 episodes. It is an adaptation of the original BBC series of the same name and was adapted for American television by Greg Daniels, a veteran writer for "Saturday Night Live." It was produced by Universal Television in association with Daniels' Deedle-Dee Productions and Reveille Productions. The series depicts the everyday lives of office employees in the Scranton, Pennsylvania branch of the fictional Dunder Mifflin Paper Company. To simulate the look of an actual documentary, it was filmed in a single-camera setup, without a studio audience or a laugh track. The Office starred Steve Carell, Rainn Wilson, John Krasinski, Jenna Fischer, B.J. Novak, Melora Hardin, Ed Helms, Mindy Kaling, Craig Robinson, Ellie Kemper, Kate Flannery, Angela Martin, Phyllis Smith, Leslie David Baker, Oscar Nunez, Brian Baumgartner, Creed Bratton, Paul Lieberstein, Rashida Jones, Amy Ryan and others.

How do you feel about this latest The Office news? Share your thoughts with us in the comments below and don’t forget to stay tuned for all the renew/cancel 2021-2022 and beyond news!