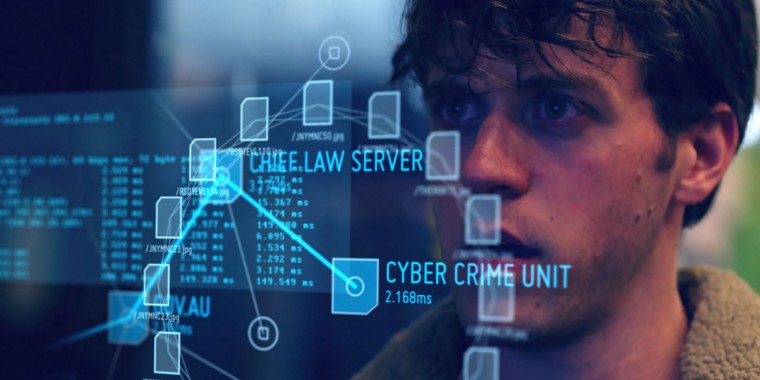 Stretching from the spectacular red desert of Australia’s outback to the cool corridors of power in Canberra, The Code tells the story of two very different brothers who unearth information those at the highest levels of political power will kill to keep secret. Ned Banks (Dan Spielman) has spent the last ten years juggling a stalling career as an online journalist with the care of his talented but troubled brother Jesse (Ashley Zukerman).

Ned thinks his big break has finally come after coming in contact with Alex Wisham (Lucy Lawless), a local schoolteacher. Two of her students are involved in a car accident; she has phone footage of the crash. With Jesse’s help, Ned is able to clean up the video. Its contents are shocking, and the decision to publish will light the wick on a story too explosive to be contained.

Episode descriptions are below:

When Ned (Dan Spielman) and Jesse Banks (Ashley Zukerman) publish a video of a mysterious accident in the outback involving two teenagers and a truck from a highly classified research facility, they face the full weight of a political machine desperate to keep the truth off the front pages.

As Ned (Dan Spielman) investigates the truck accident in the remote town of Lindara, Jesse (Ashley Zukerman) comes face to face with the ‘extraordinary’ new powers of the law.

Wracked by guilt that Jesse (Ashley Zukerman) has paid such a high price for trying to help his investigation – Ned (Dan Spielman) fears the worst when he discovers Jesse missing.

Ned (Dan Spielman) and Jesse (Ashley Zukerman) are on the run, and running out of options … their house has been ransacked, their phones bugged, their every computer stroke tracked. With Alex (Lucy Lawless)’s help, Ned and Jesse are able to hack into a hospital system.

Ned (Dan Spielman) and Jesse (Ashley Zukerman) are forced into an impossible choice – Hani (Adele Perovic)’s life in exchange for technology capable of wiping entire cities from the face of the earth.

Unless Ned (Dan Spielman) and Jesse (Ashley Zukerman) take action, their fates will be sealed, their story repackaged and the truth will remain neatly beneath the radar. It is time to do something radical.

All episodes will be available on demand and on the Ovation NOW app.

About The Code TV Show

Exploring the value of freedom of speech and the delicate balance between personal liberty and national security in the digital age, The Code Season 2 unveils the rapidly spreading and very real threat of cybercrime, and its capacity to bring an entire country to its knees.

Wondering how your other ABC1 shows are doing? Check out the ABC1 2021 TV scorecard page, where you can find the cancel/renew status of all ABC1 TV shows!

How do you feel about this latest The Code news? Share your thoughts with us in the comments below and don’t forget to stay tuned for all the renew/cancel 2021-2022 and beyond news!