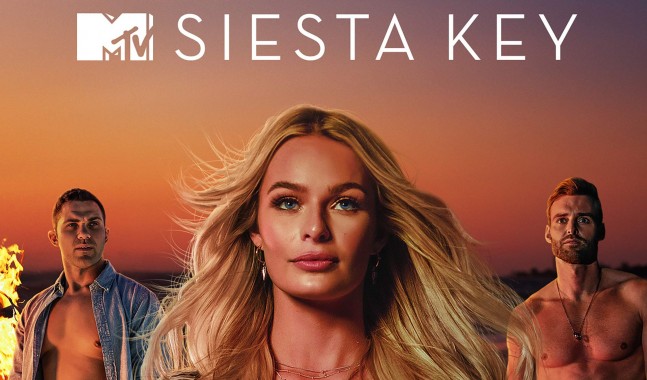 Production to begin this week

MTV today announced its hit show “Siesta Key,” will be back to heat things up for another season. Production is set to begin this week in Sarasota, FL and plans to film at an international private resort in the coming weeks.

Entertainment One Reality Productions, Inc is adhering to local, state and federal COVID-19 health and safety requirements. The production company has made extraordinary measures to ensure the safety of all cast, crew and staff members.

MTV today announced that its highly anticipated hit series Siesta Key, returns on an all new night for another explosive season starting Thursday, March 10 at 9PM ET/PT. This summer in the Key is about change, growing up, finding yourself, and deciding who you want to hold close... and who you've outgrown. The new slate of scorching episodes spotlights Juliette, Kelsey, Chloe, Madisson, Amanda, Garrett, and Brandon along with a few fresh faces, as they face unexpected challenges and surprises.

About the new season:

The cracks are showing in Juliette and Sam's fairytale romance - turns out having it all doesn't always equal happiness. Juliette will have to choose between her relationship or herself as she continues to navigate growing a fashion empire and her thirst for independence.

Kelsey questions her choices as her business poses unforeseen challenges and her relationship hits a standstill.

Chloe continues her enlightened journey with a new man by her side who could finally be THE one. Meanwhile, Cara continues to question her every move.

Madisson has started her new life in LA, but is planning her dream wedding in Siesta Key.

Amanda has found a guy on her level but struggles to commit when her family life takes a turn.

Garrett has met the love of his life Kenna, but his world is turned upside down when his closest friends voice their disapproval.

And Brandon is stepping up to the plate of fatherhood, while trying to stay true to his own passions.

Catch-up on previous seasons of Siesta Key on Paramount+, the official series page, and the MTV App.

Creature Films is a full-service film and television production company and a leading producer of premium documentary content. The company is owned and run by Mark Ford and Kevin Lopez. Together they've produced over a hundred hours of programming, with credits that include MTV's "Siesta Key", "Laguna Beach" and "Taking The Stage"; VH1's "Behind The Music" and "Love & Listings"; and A&E's Emmy(R)-nominated "L.A. Burning: The Riots 25 Years Later", "Streets of Compton" and "Biggie: The Life of Notorious B.I.G."

How do you feel about this latest Siesta Key news? Share your thoughts with us in the comments below and don’t forget to stay tuned for all the renew/cancel 2021-2022 and beyond news!