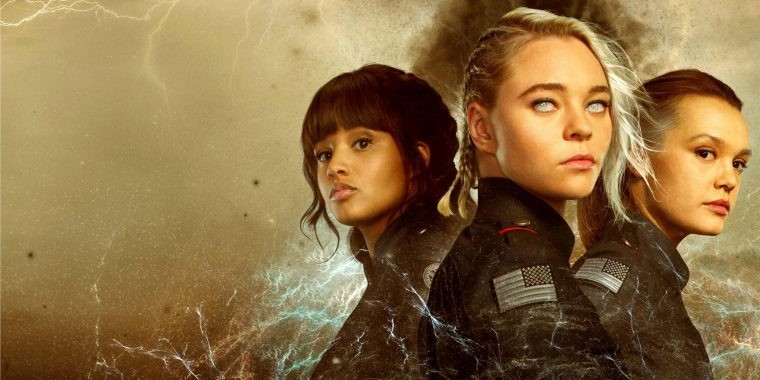 Freeform has set the finale dates for Motherland: Fort Salem and Siren, but will they also be the SERIES finales?

The cable network has yet to officially cancel or renew Motherland: Fort Salem or Siren for their respective second or fourth seasons.

With their season enders looming, will this be the end for both shows or the beginning of new chapters?

Check out the finale dates as we continue the cancel/renew wait:

May 6 (9:00-10:00 p.m. EDT) – Episode #1008 – “Citydrop”
The witches’ training culminates at City Drop, their final training exercise. Devastating secrets come to light, splintering the unit and forcing Tally to question her blind trust. A looming Spree threat changes the course of the cadets’ lives.

May 13 (9:00-10:00 p.m. EDT) – Episode #1009 – “Coup”
In the aftermath of Citydrop, the unit comes closer together, while their distrust of Alder grows. Abigail is faced with eulogizing a fallen soldier, while Tally learns something new about Gerit. Anacostia grants one last favor to Scylla.

May 7 (10:00-11:00 p.m. EDT) – Episode #3007 – “Northern Exposure”
Ryn, Ben, Maddie must recruit new allies in the fight against Tia. Helen seeks answers when she’s haunted by Donna’s spirit. Tia obtains dangerous weapons she plans to use in her fight. Xander struggles to make amends with Annie.

May 14 (10:00-11:00 p.m. EDT) – Episode #3008 – “‘Til Death Do Us Part”
Ryn, Ben and Maddie must protect Bristol Cove from Tia’s army. Meanwhile, Ben’s injections are producing unexpected results, which alarms both him and the others. Xander juggles best man duties at Calvin’s wedding while also helping Helen.

May 21 (10:00-11:00 p.m. EDT) – Episode #3009 – “A Voice in the Dark”
Tia unleashes a deadly attack on Bristol Cove. Ryn, Ben and Maddie race against time to find a cure for Xander’s mysterious illness, while anticipating Tia’s next move. Baby Hope returns to land to reconnect with Ryn.

May 28 (10:00-11:00 p.m. EDT) – Episode #3010 – “The Toll of the Sea” – SEASON FINALE
In an effort to save Hope, Ryn and Ben confront Tia in an undersea battle between the mermaid tribes. Maddie and Robb work to find a cure for Xander, while Helen and the hybrids help restore order. Ted struggles to accept Ben’s reality.

#STAYTHEFFHOME WITH THESE MAY MOVIE OFFERINGS:

The multiplatform social distancing campaign #StayTheFFHome encourages people to stay home with the following fun movie marathon weekends. The campaign also features talent from across the cable network and includes out-of-home, on-air and social PSAs aiming to distract, educate and entertain fans while creating a sense of communal viewing.

Raelle, Tally and Abigail confront higher stakes, dangerous magic and a new threat from an ancient group of witch hunters, The Camarilla. In the first season, we saw our trio of young witches follow in the footsteps of their foremothers, defending the nation from The Spree as part of the United States Army. Their training is intensified when they are promoted to attend War College, where their magic, relationships and beliefs will be pushed to the limits. While General Alder seeks out new witches to join the wars to come, The Spree and the Army learn their fight may no longer be with one another. But how can two enemies work together to thwart a hatred that won't stop until all witches are exterminated? "Motherland: Fort Salem" stars Taylor Hickson, Jessica Sutton, Ashley Nicole Williams, Amalia Holm, Demetria McKinney and Lyne Renée. It is written and created by Eliot Laurence. With Laurence, Will Ferrell, Adam McKay and Kevin Messick are executive producers. Amanda Tapping, Erin Maher, Kay Reindl and Bryan Q. Miller will also serve as executive producers on the series.

How do you feel about this latest Motherland: Fort Salem news? Share your thoughts with us in the comments below and don’t forget to stay tuned for all the renew/cancel 2021-2022 and beyond news!