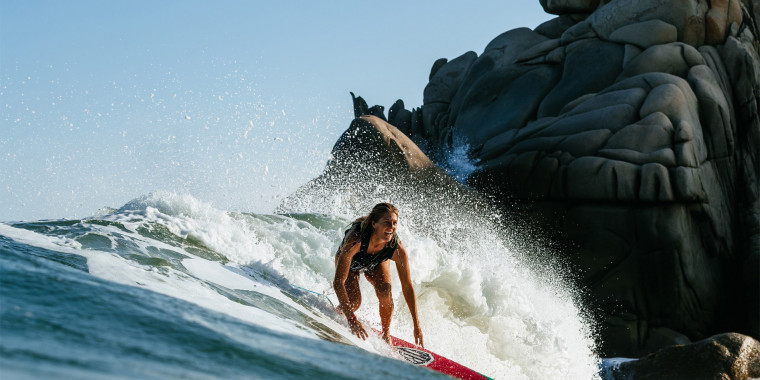 The streaming company has announced an early Season 2 renewal for Make or Break, the new high-stakes documentary series following the world’s best surfers.

The second-season renewal has been announced ahead of global series premiere, Friday, April 29.

About Make or Break TV Show

The new seven-part documentary series delivers behind-the-scenes access to the world's best surfers as they battle for the World Title at the World Surf League (WSL) Championship Tour (CT). Set to debut globally on Friday, April 29, Apple TV+ also announced today that the soon-to-premiere series has received an early season two renewal, with production underway during the current competition season.

"Make or Break" offers an intimate deep dive into the aspirations, challenges, accomplishments, and personal lives of the surfers who compete to remain on the elite 2021 Men's and Women's WSL Championship Tour (CT), and takes viewers on a journey to stunning surfing locations across the globe. The series follows the 2021 competition, navigating as the league responds to the global pandemic, while exploring the dynamic surfing culture along with timely issues, including diversity, mental health, and the physical impact of the sport.

Each episode in the seven-part first season of the series spotlights internationally recognized surfers and features never-before-seen interviews with:

The docuseries is produced for Apple by Box to Box Films, in partnership with the WSL. Executive producers are Oscar and BAFTA winner James Gay-Rees ("Exit Through the Gift Shop," "Amy"), BAFTA nominee Paul Martin ("Formula 1: Drive to Survive"), and WSL CEO Erik Logan and Ryan Holcomb.

"Make or Break" joins Apple TV+'s slate of sports non-fiction programming including "They Call Me Magic," the broadly anticipated event series chronicling the life and career of two-time NBA Hall of Famer and cultural icon Earvin "Magic" Johnson, set to premiere April 22, 2022 on Apple TV+, as well as the recently announced new feature documentary about the groundbreaking life and career of seven-time Formula One world champion Sir Lewis Hamilton, and "The Dynasty" documentary event series about the New England Patriots, from Brian Grazer and Ron Howard's Imagine Documentaries, in association with NFL Films.

How do you feel about this latest Make or Break news? Share your thoughts with us in the comments below and don’t forget to stay tuned for all the renew/cancel 2021-2022 and beyond news!