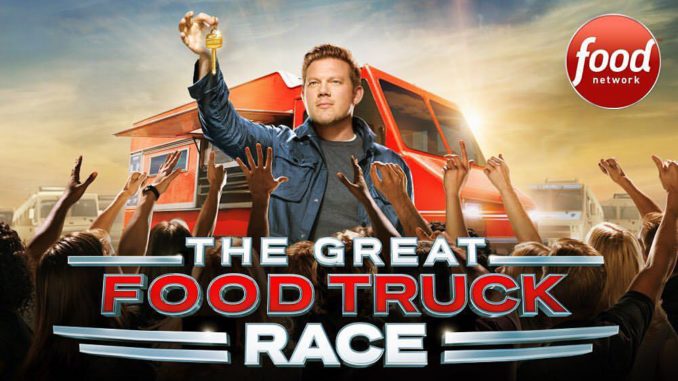 APPROXIMATELY 400 HOURS OF FOOD-FOCUSED PROJECTS ARE PLANNED TO PREMIERE ACROSS FOOD NETWORK, COOKING CHANNEL AND DISCOVERY+

NEW YORK – June 1, 2021- Food Network and Cooking Channel continue to prime the pipeline with a rich and diverse slate of food genre projects planned for the second half of 2021 across both linear networks and the discovery+ streaming service. With more than 30 all-new titles set to launch beginning in June through December, in addition to over 25 returning fan-favorites, the schedule’s wide array of formats ranges from innovative competitions to intimate docu-series, wanderlust satiating-travelogues to pull-up-a-chair in-the-kitchen shows full of recipe and entertaining ideas with engaging new food personalities. Audiences can look forward to delicious and palate-expanding journeys in No Recipe Road Trip with the Try Guys (WT), a new show inspired by comedic sensations The Try Guys’ hit web series, Without a Recipe, and stops around the world in The Globe with host Robert Irvine and lead-judge Daniela Soto-Innes as four chefs compete within an immersive set made up of LED screen projectors that transports the competitors anywhere on earth. Then, there is Money Hungry, hosted by Kal Penn, a unique contest that requires the abilities of a super taster combined with a wide-reaching culinary knowledge to complete a series of increasingly difficult taste tests encompassing the entire world of flavors. Plus stay tuned for more hysterical info on comedian, social observer, and exasperated food lover Sebastian Maniscalco’s forthcoming project as he explores his own hot button questions in the world of food. And if you thought Chrissy Teigen’s recipes were crave-worthy, just remember who taught her everything she knows. It is a family affair as Pepper Teigen opens up her home and shares her Thai-inspired recipes and personal stories with a little help from her family in Dishing with Pepper Teigen.

“The world of food is varied and vast, a rich tapestry of flavors and tastes, and having the opportunity to expand our offerings across Food Network and Cooking Channel as well as the new discovery plus platform has inspired the team to push boundaries and explore all things food like never before,” said Courtney White, President, Food Network and Cooking Channel. “We cannot wait to share these exciting new shows, new faces and extraordinary food moments with our audience.”

Action-packed competitions are also in the works, including Ben and Jerry’s: The Cold Wars (WT), an all-new ice cream competition like no other with the iconic and premiere ice cream purveyors, Ben and Jerry, where teams of future flavor gurus create wildly imaginative and out-of-this-world frozen treats in a bid for the grand prize. Then, it’s go small or go home as competitors battle in the world’s BIGGEST tiny food competition, Tiny Food Fight with Chef Darnell Ferguson and comedian Mamrie Hart at the helm. Sweetening things up, Chocolate Meltdown: Hershey’s After Dark, hosted by Sunny Anderson, is set in a candy wonderland. In the wee hours inside Hersheypark, brave confectioners navigate the eerily deserted amusement park solving clues and molding chocolate like champs and spinning sugar into gold in an all-out fight or fright competition. And in Battle of the Brothers, premiering on June 17th on discovery+, it’s a high-stakes contest pitting brothers Bryan and Michael Voltaggio against one another as they each lead a team of aspiring chefs through a culinary gauntlet designed to impart the wisdom earned over a lifetime in the restaurant industry

New titles also include the recently announced Grill of Victory, premiering June 21st on Food Network, a competition just in time for summer as America’s best backyard grillers go head-to-head to prove their merit for the chance to win a customized, outdoor kitchen and entertaining space of their dreams, Spice of Life (WT) with Hawa Hassan who will visit experienced chefs at home and in restaurants to learn the stories of their favorite traditional recipes from around the world, and in Preview Dinner Project (WT), follow along as chefs create their pop-up preview dinner event in hopes of making their dream a reality. Viewers will also be transported to destinations near and far, from the fabulous frontier wedding of Ree Drummond’s daughter Alex as she marries her college sweetheart Mauricio Scott in The Pioneer Woman: Ranch Wedding, premiering June 26th on Food Network, to an off-the-hook Hawaiian adventure as only Guy Fieri can provide in Guy: Hawaiian Style.

In addition to these exciting new shows, a treasure trove of new holiday offerings for Thanksgiving aficionados and gingerbread lovers are also on the menu, along with two dozen additional titles slated to premiere in 2021, providing something for every season and taste. Plus, audiences can still count on over 25 returning favorites such as BBQ Brawl, Beat Bobby Flay, Buddy vs. Duff, Chopped, Diners, Drive-Ins and Dives, Dinner: Impossible, The Great Food Truck Race, Guy’s Grocery Games, and Restaurant: Impossible along with intriguing new spins on iconic series such as Chopped: Alton’s Maniacal Baskets and Buddy vs. Duff: Baker Battle.

Seven winning alumni teams from The Great Food Truck Race are back for an action-packed culinary journey to decide once and for all which truck is the ultimate champion in The Great Food Truck Race: All-Stars, premiering Sunday, June 6th at 9pm ET/PT on Food Network and streaming the same day on discovery+. Hosted by Tyler Florence and shot on-location in the food mecca of San Francisco and the Bay Area, each team must prove their cooking chops, marketing savvy and selling skills to stay in the game. Kicking off at Fisherman's Wharf with a bread bowl battle, the route then hits Napa Valley's famed wineries for a grape-stomping challenge, the Redwoods for a foraging adventure, Ocean Beach for a seaside bites competition and a hoop shooting contest at the home arena of the Golden State Warriors, ultimately ending in Chinatown where only one team is awarded $50,000 and named all-time champion of The Great Food Truck Race.

How do you feel about this latest The Great Food Truck Race news? Share your thoughts with us in the comments below and don’t forget to stay tuned for all the renew/cancel 2021-2022 and beyond news!