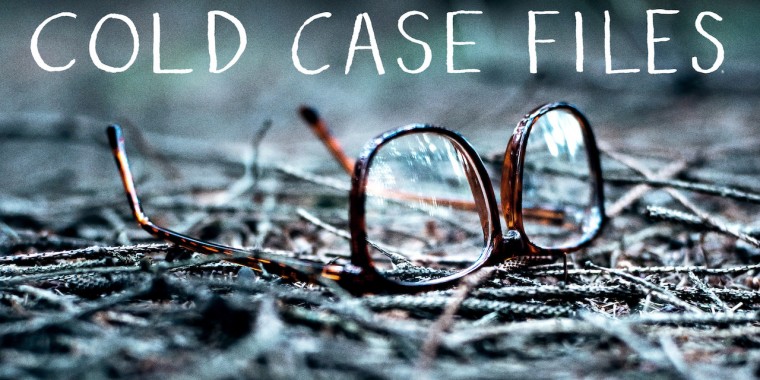 Using dramatic reenactments and first-person reports, each episode of Cold Case Files explores a single criminal case that has gone years without being solved. The hour-long series brings in the accounts and insights of victims’ loved ones and detectives who have studied the case.

"A&E has long been a leader in true crime programming and we are thrilled to bring back two of our original series that defined and shaped the genre," said Elaine Frontain Bryant, EVP and Head of Programming for A&E. "Both 'Cold Case Files' and 'American Justice' were beloved when they first premiered, and with more stories to tell, these new iterations continue their legacy of riveting and powerful storytelling at its finest."

There are over 100,000 cold cases in America, and only about 1% are ever solved. With recent advancements in technology and the methods used to solve these cases, as well as the unwavering dedication of victims' families, law enforcement and the public, "Cold Case Files" explores the cases the defied the odds. Narrated by the original host and producer of "Cold Case Files," celebrated veteran journalist and newsman Bill Kurtis, each one-hour episode of the Emmy-nominated series examines the twists and turns of one murder case that remained unsolved for years, and the critical element that heated it up, leading to the evidence that finally solved it. Featuring interviews with family members, friends, detectives, and others close to the cases, the refreshed classic series examines all facets of the crime and shines a light on a range of voices and victims.

Diving even deeper, "Cold Case Files: The Podcast," hosted by Brooke Gittings ("Convicted" and "Actual Innocence"), has returned for an all-new season to take listeners through the investigative process of some of the most difficult-to-solve murders featured on past seasons of "Cold Case Files." Visit aetv.com to listen and subscribe. New episodes drop every Tuesday (Apple, Stitcher, Spotify).

Narrated by actor Dennis Haysbert ("24," "The Unit,") the newly reimagined and iconic "American Justice" looks at recent criminal cases in the United States through the prism of the criminal justice system, and from the first-hand perspectives of the prosecutors, defense attorneys, investigators, victims and perpetrators involved. The series dives into significant crimes that were adjudicated within the last few years, from trials that made national headlines to gripping lesser-known cases, ensuring that the issues being explored are relevant. Each story reveals how our justice system works, and, sometimes, how it doesn't. One of the original true crime documentary series, "American Justice" originally aired for 13 years on A&E.

Join the conversation by following @AETV and using the hashtags #ColdCaseFiles and #AmericanJusticeAE.

How do you feel about this latest Cold Case Files news? Share your thoughts with us in the comments below and don’t forget to stay tuned for all the renew/cancel 2021-2022 and beyond news!