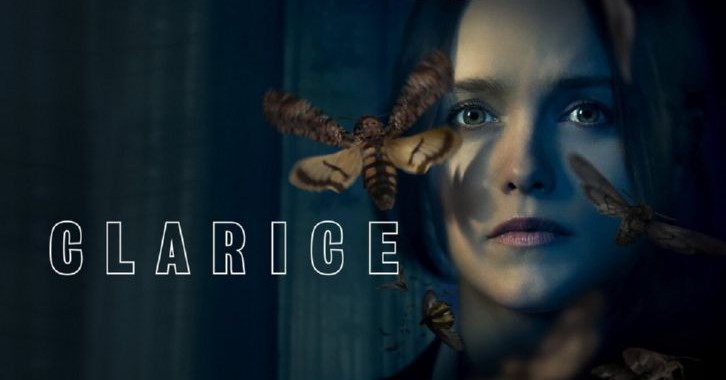 Per sources, Clarice Season 2 is slated to premiere late 2021/early 2022, exclusively on Paramount+.

CLARICE is a deep dive into the untold personal story of FBI Agent Clarice Starling as she returns to the field in 1993, one year after the events of "The Silence of the Lambs." Brilliant and vulnerable, Clarice's bravery gives her an inner light that draws monsters and madmen to her. However, her complex psychological makeup that comes from a challenging childhood empowers her to begin to find her voice while working in a man's world, as well as escape the family secrets that have haunted her throughout her life.

CLARICE is set in 1993, a year after the events of "The Silence of the Lambs." Brilliant and vulnerable, Clarice Starling returns to the field to pursue serial murderers and sexual predators. CLARICE offers a deep dive into the untold personal story of this young FBI agent as she navigates the high stakes political world of Washington D.C.

It's 1993, a year after the events of "The Silence of the Lambs." CLARICE is a deep dive into the untold personal story of Clarice Starling as she returns to the field to pursue serial murderers and sexual predators while navigating the high stakes political world of Washington, D.C.

"After more than 20 years of silence, we're privileged to give voice to one of America's most enduring heroes - Clarice Starling," said Alex Kurtzman and Jenny Lumet. "Clarice's bravery and complexity have always lit the way, even as her personal story remained in the dark. But hers is the very story we need today: her struggle, her resilience, her victory. Her time is now, and always."

In addition to "The Silence of the Lambs" being a bestselling novel, the feature film earned five Academy Awards, including for Best Picture.

Writing partners Kurtzman and Lumet are currently the co-creators and co-showrunners of the CBS All Access series THE MAN WHO FELL TO EARTH.

Kurtzman and his production company, Secret Hideout, are at the helm of the growing "Star Trek" universe on CBS All Access, including the critically acclaimed and award-winning STAR TREK: DISCOVERY and the upcoming STAR TREK: PICARD, featuring Sir Patrick Stewart reprising his iconic role as Jean-Luc Picard. He is also an executive producer on HAWAII FIVE-0, on the Network. Heather Kadin serves as an executive producer on the "Star Trek" projects and is the president of television at Secret Hideout.

CLARICE, from acclaimed executive producers Alex Kurtzman and Jenny Lumet, and starring Rebecca Breeds ("Pretty Little Liars") in the title role, is a deep dive into the untold personal story of brilliant and vulnerable FBI Agent Clarice Starling as she returns to the field in 1993, six months after the events of "The Silence of the Lambs." Kal Penn, Nick Sandow, Michael Cudlitz, Lucca De Oliveira and Devyn A. Tyler also star. Alex Kurtzman, Jenny Lumet and Heather Kadin are executive producers for MGM Television and CBS Television Studios in association with Secret Hideout. Aaron Baiers is a co-executive producer.

How do you feel about this latest Clarice news? Share your thoughts with us in the comments below and don’t forget to stay tuned for all the renew/cancel 2021-2022 and beyond news!