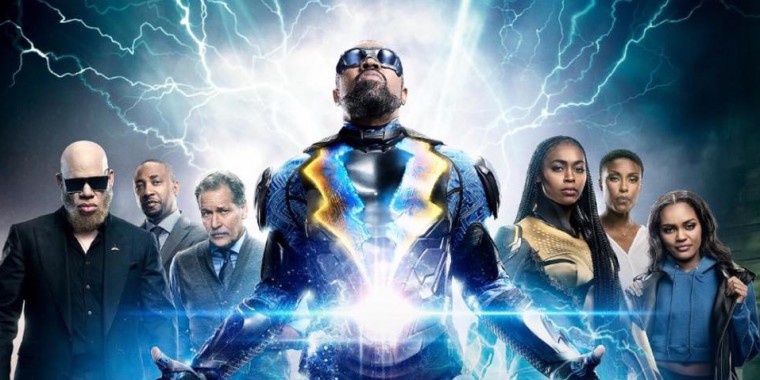 The end is near for Black Lightning.

The CW has cancelled the superhero drama, revealing that the preivously-announced and upcoming fourth season will be its last.

The network has opted not to move forward with Black Lightning Season 5, though producers plan to give the series ‘closure’ in the fourth — and now final — season, slated to premiere early 2021.

“When we first started the Black Lightning journey, I knew that Jefferson Pierce and his family of powerful Black Women would be a unique addition to the super hero genre. The love that Blerds and all comic book fans around the globe have shown this series over the past three seasons proved what we imagined, Black People Want To See Themselves in all their complexities.

Thank you to the phenomenal cast, writers and crew without whom none of this would’ve been possible. I’m incredibly proud of the work we’ve been able to do and the moments we’ve been able to create in bringing DC’s first African-American family of super heroes to life for the culture.

I’m very grateful to Peter Roth, Warner Bros. TV, Mark Pedowitz, The CW Network and Greg Berlanti for their partnership and support of my vision at every step of this journey. While Season Four may be the end of one journey, I’m extremely excited to usher in a new chapter and continued collaboration with The CW as we tell the story of Painkiller.”

Based on the characters from DC, BLACK LIGHTNING is from Berlanti Productions and Akil Productions in association with Warner Bros. Television, with executive producers Greg Berlanti ("Arrow," "The Flash"), Salim Akil & Mara Brock Akil ("Being Mary Jane," "The Game," "Girlfriends"), Charles D. Holland ("JAG") and Sarah Schechter ("Arrow," "The Flash"). The Black Lightning character was created by Tony Isabella with Trevor Von Eeden.

Jefferson Pierce (Cress Williams) is a man wrestling with a secret. As the father of two daughters and principal of a charter high school that also serves as a safe haven for young people in a neighborhood overrun by gang violence, he is a hero to his community. Nine years ago, Pierce was a hero of a different sort. Gifted with the superhuman power to harness and control electricity, he used those powers to keep his hometown streets safe as the masked vigilante Black Lightning.

How do you feel about this latest Black Lightning news? Share your thoughts with us in the comments below and don’t forget to stay tuned for all the renew/cancel 2021-2022 and beyond news!