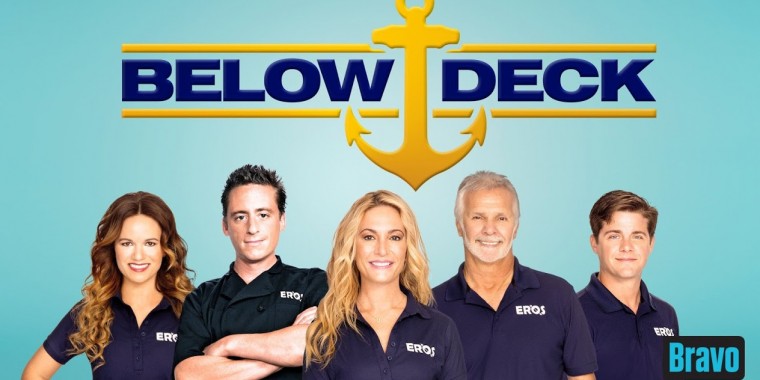 BRAVO’S “BELOW DECK” RETURNS TO THE CARIBBEAN, AND A FAN FAVORITE CRUISES INTO PORT IN THE SEASON EIGHT PREMIERE MONDAY, NOVEMBER 2, AT 9 PM ET/PT

· “Below Deck” kicks off season eight with supersize premiere on Monday, November 2, at 9 pm ET/PT on Bravo.

· Captain Lee returns to one of his favorite places to sail, the Caribbean, but after a challenging time and the retirement of his chief Stewardess, Kate Chastain, he yearns for some familiarity and finds solace with his old friend Bosun Eddie Lucas.

· “Below Deck” veteran Eddie Lucas is back! In the past five years, he has done some serious growing up and is ready to show his crew what it takes to be a great Bosun. But yachting is not all fun and games – will this veteran prove he is up for the challenge, or will he decide this is his final sail?

· Francesca Rubi is a perfectionist who runs a tight ship by raising the bar when it comes to service. When she discovers her Stews are not up to her “white gloves, no water marks” standards, she reaches a breaking point that sends waves throughout the interior.

· Rachel Hargrove is a seasoned five-star Michelin chef with over 14 years of yachting experience. She keeps her galley in order and takes no prisoners, so when things start cooking and it’s not her duck confit, the crew becomes concerned about how quickly she can go from zero to a hundred.

· Elizabeth Frankini has four years of on-and-off freelancing in yachting. She believes in astrology and tries to stick to a namaste vibe, but when she mixes business with pleasure, she finds herself surrounded by bad energy that no amount of crystals can ward off.

· A certified yacht master, Isabelle “Izzy” Wouters knows her way around the interior and exterior of a boat better than most, but sometimes her lack of confidence gets in the way. Izzy is a Stew but dreams of one day joining her fellow deckhands.

· Smart, charming, and always the life of the party, James Hough is a big flirt. His “work hard, play harder” attitude turns into more than he bargained for with some of the female crew. He is committed to doing the bare minimum of work necessary but is in for a rude awakening when he finds out his shipmates are not the party animals he was hoping for.

· A California surfer turned environmentalist, Shane Coopersmith is attempting to break into the world of yachting, but his lack of experience proves to be challenging for Eddie and may put the crew in a safety predicament.

About Below Deck TV Show

BRAVO'S EMMY(R)-NOMINATED "BELOW DECK" RETURNS TO SAIL THE SPECTACULAR WATERS OF THE CARIBBEAN AS SEASON NINE PREMIERES MONDAY, OCTOBER 25 AT 9PM ET/PT

Los Angeles, CA - August 19, 2021 - Bravo's two-time Emmy(R)-nominated series "Below Deck" returns for season nine on Monday, October 25 at 9 p.m. ET/PT and streams next day on Peacock. Set on the stunning waters of St. Kitts in the Caribbean, superyacht My Seanna welcomes back veterans Eddie Lucas, in his new role as first officer, alongside chef Rachel Hargrove who is ready to redeem herself after a memorable last charter season. A fresh crop of yachties include new chief stewardess Heather Chase, stews Jessica Albert and Fraser Olender and deckhands Jake Foulger, Rayna Lindsay and Wes O'Dell. When an unexpected delay leaves Captain Lee stranded on land, Captain Sean Meagher steps in to oversee the ship with a "hands-on" management style catching the crew off guard and yearning for the "Stud of the Sea's" swift return.

Fresh off his promotion, Eddie's new role as first officer gets derailed when he quickly realizes he might have to pull double duty on deck if he wants his team to succeed. Chief stew Heather is eager to deliver her guests an unforgettable experience, but when one of her stews becomes severely unmotivated, she must hustle to pick up the slack and maintain her five-star service. In order to move forward, chef Rachel must tend to some unsavory leftover beef with Eddie from last season. As department "boat-mances" blossom, alliances form and bonds are broken, this crew proves the Caribbean seas are as choppy as they are clear.

For a sneak peek, visit: https://www.bravotv.com/below-deck/season-9/videos/your-first-look-at-below-deck-season-9

Catch up on the first seven seasons of "Below Deck" streaming now on Peacock with season eight launching on the platform on September 25.

How do you feel about this latest Below Deck news? Share your thoughts with us in the comments below and don’t forget to stay tuned for all the renew/cancel 2021-2022 and beyond news!