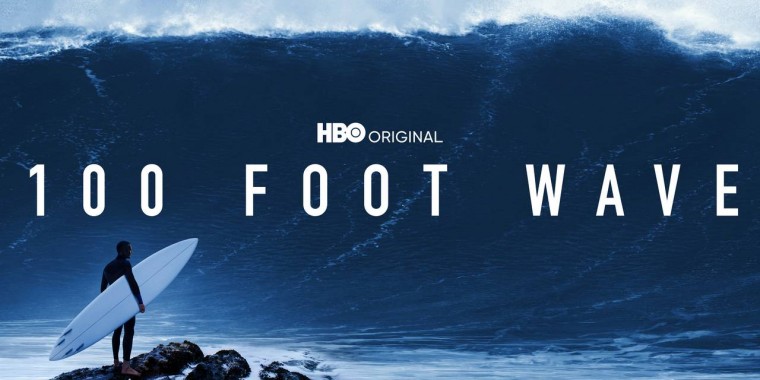 HBO has renewed the docuseries 100 FOOT WAVE for a second season. The docuseries chronicles big-wave surf legend Garrett McNamara and his fellow surfers as they search to find and surf the biggest wave in the world. The second season of 100 FOOT WAVE will continue to follow Garrett and Nicole McNamara and others profiled in the six-episode first season as they get closer to making their dream a reality, and will introduce new big wave surfers who join the communal pursuit to conquer a 100 foot wave in Nazaré.

New episodes of 100 FOOT WAVE are currently debuting on HBO Sundays at 10:00 p.m ET, with the final two episodes debuting August 15 and 22. The first four episodes are currently available to stream on HBO Max.

Over the course of the series, 100 FOOT WAVE interweaves the transformative story of the seaside village with the ongoing search for the tallest wave on the planet by McNamara, his wife Nicole, CJ Macias, Andrew "Cotty" Cotton, Justine Dupont and a number of big-wave surfers from around the globe dedicated to pursuing their seemingly impossible dreams of surfing the 100 foot wave. The Los Angeles Times called the first season "a poetic and philosophical adventure story," and wrote that "the best sports story you'll encounter this weekend is not at the Olympics." The Times also called the surfing "elegant and mesmerizing," the subjects "big-screen charismatic," and the story of Garrett McNamara both "vividly told" and "highly engaging."

How do you feel about this latest 100 Foot Wave news? Share your thoughts with us in the comments below and don’t forget to stay tuned for all the renew/cancel 2021-2022 and beyond news!